Research from our Department of Architecture & Civil Engineering has resulted in the UK’s first affordable straw homes going on sale in Bristol this week.

Promising fuel bills up 90 per cent cheaper than an equivalent brick-built house and costing less than the average Bristol house to buy, the new straw houses represent for the first time an affordable, low carbon and fuel-efficient means of house building.

Previously straw houses have been more familiar in fairy tales than as a realistic option for homebuilders, due to a lack of certified materials and concerns about durability. A new factory-built straw panel design developed here at the University has received BM Trada’s Q mark certification, meaning developers and house buyers can now insure and secure mortgages against homes, schools and offices built using this sustainable construction method.

The seven Bristol townhouses were built by developers Connolly and Callaghan using the innovative 3.2m by 2.9m ModCell straw panels, in which an engineered timber frame encloses the compressed straw bale insulation. Constructed with the load-bearing straw panels within an airtight design (plus triple glazed windows) the new houses will need significantly less conventional heating. Their super-insulated straw walls provide three times’ greater insulation than required by current UK building regulations so fuel bills are anticipated to fall by up to 90 per cent.

To receive certification our researchers tested the ModCell straw panel’s energy efficiency, fire safety, durability and weather-resilience; including exposing the panels to heavy rain and extreme temperatures ranging from -20oC to 50oC.

Professor Pete Walker, Head of our Department of Architecture & Civil Engineering, led the research, which previously entailed building the innovative prefabricated straw bale building called the BaleHaus as a test site in 2009.

Commenting, he said: “The construction sector must reduce its energy consumption by 50 per cent and its carbon emissions by 80 per cent by 2050, so radical changes are needed to the way we approach house building. As a construction material straw is a low-cost and widely available food co-product that offers real potential for ultra-low carbon housing throughout the UK. Building with straw could be a critical point in our trajectory towards a low-carbon future.”

As well as utilising an agricultural co-product, straw has significant environmental benefits. Rather than releasing carbon dioxide (CO2) during the process of producing a building material, as brick or cement does, it absorbs CO2 as it grows. As a result, straw homes have one of the lowest carbon footprints available, with many buildings being net carbon-negative.

The many benefits of straw have seen a steady increase in straw bale construction around the world, with buildings to be found in countries from the USA to Australia and China and there are over 200 in the UK. Straw housing developments are currently in progress in Bristol (the European Green Capital 2015) and Cornwall, where a ModCell straw panel design is one of six now available to home buyers in the UK’s first custom-build housing scheme.

At the multi-award winning LILAC straw-built co-housing community in Bramley, West Leeds, residents benefitted from a 20 per cent lower build cost and 90 per cent cheaper energy bills than on average in Leeds, demonstrating the significant savings that straw buildings can offer.

Craig White of ModCell commented: “The Q mark industry certification means that straw is now a viable, affordable means of tackling the housing crisis in the UK. Using a ‘fabric first’ approach is ideal for private homes, social housing, and new, innovative projects such as custom-build. Straw now offers a simple and effective home-grown solution to the UK’s housing needs.”

See the specific research papers that led to the Q mark certification can be accessed here:

Structural development and testing of a prototype house using timber and straw bales, Proceedings of the Institution of Civil Engineers, Published online 29/07/2014. 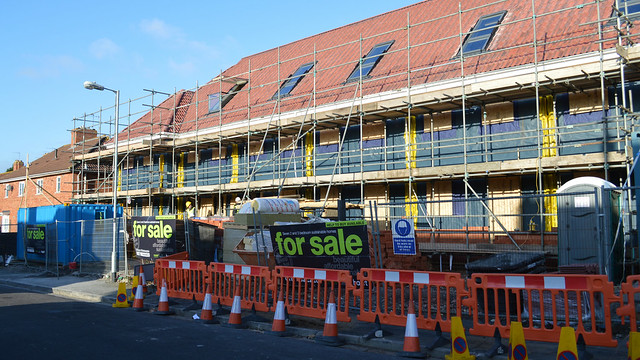