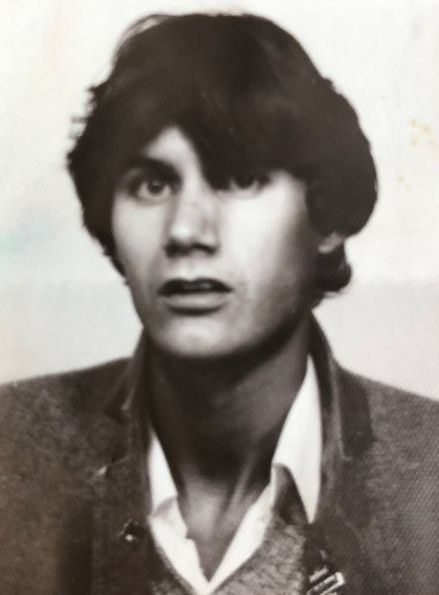 I was a student at Bath in 1982, when the National Union of Students launched a campaign for an increase in the student grant of 17.4%. You had to give them points for precision. Surely Thatcher would recognise that we couldn’t survive on 17.1%.

The NUS asked student unions across the country to organise a week of protest actions to support the national campaign. At Bath our actions included street theatre, a teach-in and a music concert, which we were encouraged to attend to show the strength of our feelings. Thursday was designated as a day of rest so we could recover from the exertions of our protests and catch up with our studies. On Saturday we were encouraged to attend a march in London but the university struggled to fill the two coaches that had been booked. I attended because I was a radical socialist and that is what we did, we went on demos and collected badges. Plus I also really liked the young woman with the red hair who was organising the trip.

You may be surprised to hear that our street theatre and related protests did not persuade Thatcher and the grant was increased by just four percent in the autumn of 1982.

By January 1983 inflation was running at ten percent and the investigative journalists at Spike reported that prices in the Norwood refectory were increasing by eight percent. Double the grant increase we had received. We could not take this sitting down. In February 1983 the NUS organised another grants campaign. This time they suggested student unions should organise occupations and sit-ins.

In Bath our president, a member of the Conservative students, thought this was a step too far. It was the sort of thing that Trotskyites, wearing red checked tablecloths to look like members of the PLO, would do at universities like Essex or the LSE. So instead he proposed a twenty-four hour work-in because it was more constructive. Yes, that was the masterplan. We would study in the library for twenty four hours. I could sense the government trembling. To be fair that wasn’t the only plan. If the work-in didn’t bring the Education Secretary Sir Keith Joseph to his senses he would be subject to a mock trial by the theatre group in Bath city centre.

On the day of the action we spent the evening in the union bar. When the bar closed at ten thirty we walked over to the library to support the work-in. I was surprised at how many people came with us, even if many were only coming along in anticipation of illicit sexual activity between the bookshelves. It was a strange form of protest. The Eurostudies students had a test the next day and asked us to be quiet as they were studying. So most of us milled about on the top floor until after midnight. As the promise of sexual encounters receded people gradually drifted back to their rooms. Spike reported that just twenty-five students were still there at 2am. I took their word for it as I was sound asleep by then.

Despite the strength of our protest, and our threat to keep revising until the government caved in, it was announced later in March that the student grant would be increased by just four percent again that autumn. The only good news was that a general election was on the horizon. There was no way people would vote for Thatcher a second time, not once they had seen our street theatre.