The University will award Professor Dame Jocelyn Bell Burnell an Honorary Degree as part of its summer graduations on Thursday 11 July.

Dame Jocelyn will be conferred the Honorary Degree of Doctor of Laws, in recognition of both her outstanding scientific research and her inspiring leadership in the scientific community.

Dame Jocelyn is best known for her groundbreaking discovery of pulsars, a type of star that flashes a pulse of electromagnetic radiation as it rotates. Her discovery, made in 1967 as a PhD student at Cambridge, led to confirmation of Einstein’s theory of general relativity and laid the foundation for gravitational wave research.

She has received numerous prizes recognising her as an internationally renowned scientist, most recently being awarded the Special Breakthrough Prize in Fundamental Physics in 2018.

As an advocate for under-represented minorities in science, she donated the $3 million prize fund to establish a scholarship fund to help women, ethnic minorities and refugee students to become physics researchers.

Lecturer in Astrophysics, Dr Victoria Scowcroft, will deliver the oration for Dame Jocelyn at the degree ceremony at the Theatre Royal. She said: “Dame Jocelyn has led the way for women like myself to realise their goal in becoming scientists, and continues to do so with the establishment of the Bell Burnell Graduate Scholarship Fund.

“It is fitting that she is being awarded this Honorary Degree by Bath where the Astrophysics group builds on her foundational research in High Energy Astrophysics and Cosmology, and strives to embed the principles of equity and inclusion that Dame Jocelyn has demonstrated throughout her career.”

Dame Jocelyn said: “I have great memories of working at the University of Bath and am very touched by the award of an Honorary Degree. I still live in the area and hear from or meet up with former colleagues from time to time, and so I still feel a connection. I visit a few times a year.

“Next summer I look forward to being resident on the campus for a conference and seeing more intimately how it has developed.” 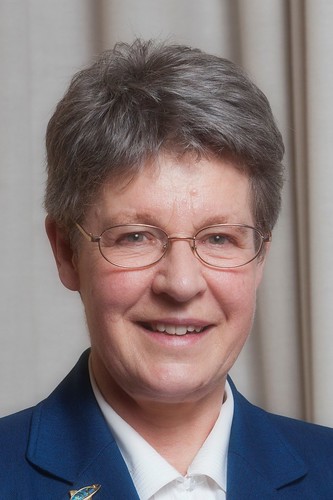 Read about our previous Honorary Graduates