Agreement will deepen links between the two institutions, promoting collaborative research and staff and student exchanges

The University of Bath is pleased to announce it has signed a Memorandum of Understanding with Shanghai Academy to promote links between the two institutions.

The agreement, which was formally signed last week, builds on the existing close collaboration of the Academy and the Bath's Centre for Death and Society (CDAS). The collaborative efforts include staff working together to research the ageing populations of both China and the UK, and running a day-long symposium on Ageing, End of Life Care and Social Policy last June in Shanghai.

Since its founding in June 2015, Shanghai Academy has rapidly developed into a regional and global centre for social sciences research. It was conceived to offer expertise in four areas - acting as a forward-looking think tank, a talent training base, a platform for international exchanges and a base for investigations of into national life in China.

A delegation from Shanghai Academy visited Bath last week to meet University staff and researchers and see the city.

During a ceremony to officially sign the memorandum of understanding, Shanghai Academy's First Vice President Li Youmei paid tribute to the importance of the two institutions' studies into ageing and end of life care issues.

She said: "Shanghai is an ageing city so we need social policy to serve it effectively. Members of the Bath Centre for Death and Society have already brought important ideas and suggestions in that area to Shanghai Academy. We have relayed these suggestions back to the Shanghai municipal government where they received high praise."

Vice-Chancellor and President of the University of Bath, Ian White FREng, said: "I congratulate Shanghai Academy for the major role it is playing in developing exciting new technical and social policies for its region. I was interested to see that the issues relating to care for and ageing population faced by Shanghai have clear parallels with those seen locally.

"I am delighted to see new links like this established and I wish the collaboration every success."

Four potential forms of collaboration between the institutions have been proposed so far. They include workshops to run every two years, a summer school in Bath and Shanghai to recruit students interested in end of life care and ageing, exchanges of academic and research staff, and comparative studies of end of life care between the two countries.

In June 2017, CDAS and the University of Bath signed a similar MoU with colleagues from the Chinese Academy of Social Sciences and this most recent agreement significantly expands Bath's research impact across China.

The visit of the representatives from Shanghai Academy was organised by the University's International Relations Office. 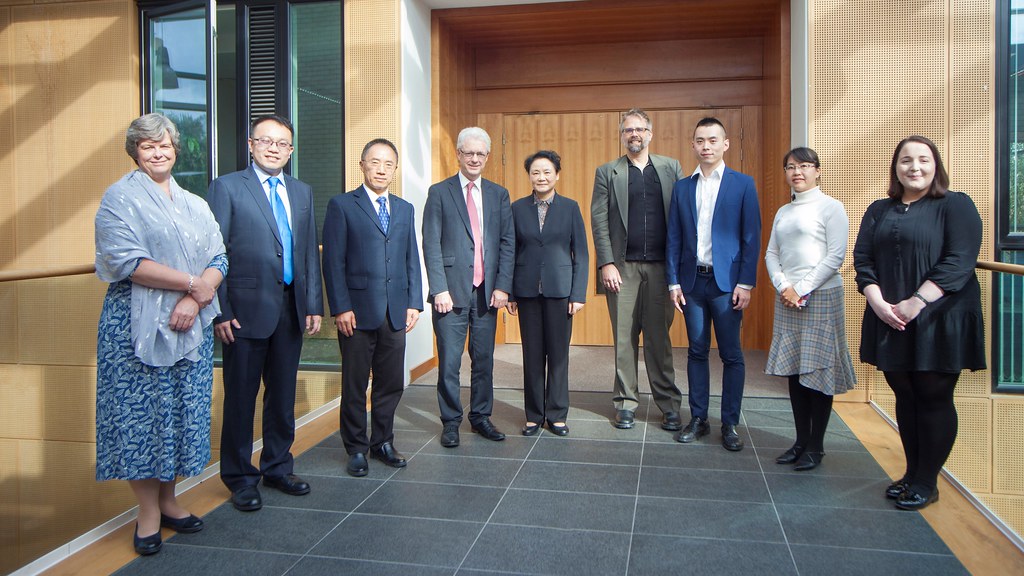