The revolutionary device being developed by a GP with researchers at Bath could offer fresh hope for people with conditions such as Motor Neurone Disease.

A revolutionary assistive technology being developed by GP Dr Nick Gompertz with a team of researchers at the University of Bath hopes to offer people with conditions such as Motor Neurone Disease (MND) new ways of communicating via a computer.

Earswitch Ltd. has developed a prototype that allows people to communicate by tensing a tiny muscle to operate an assistive keyboard, like the one used by the late Professor Stephen Hawking. But whereas for Stephen Hawking communication relied on him tensing a muscle in his cheek, this new device uses a tiny, hidden muscle in the ear.

The device is linked to the tensor tympani muscle, which for some can be controlled voluntarily. This muscle is one of the smallest in the body and was once thought to help protect the eardrum from loud noise.

It is believed that control of this muscle might be preserved in people ‘locked-in’ due to stroke, and in late-stage MND. This is important because current existing assistive devices can become unusable as neurological conditions such as MND worsen over time. As such, Earswitch might offer a breakthrough for individuals with the most severe communications restrictions.

National Institute for Health Research (NIHR) have funded work with University of Bath to help validate this approach. 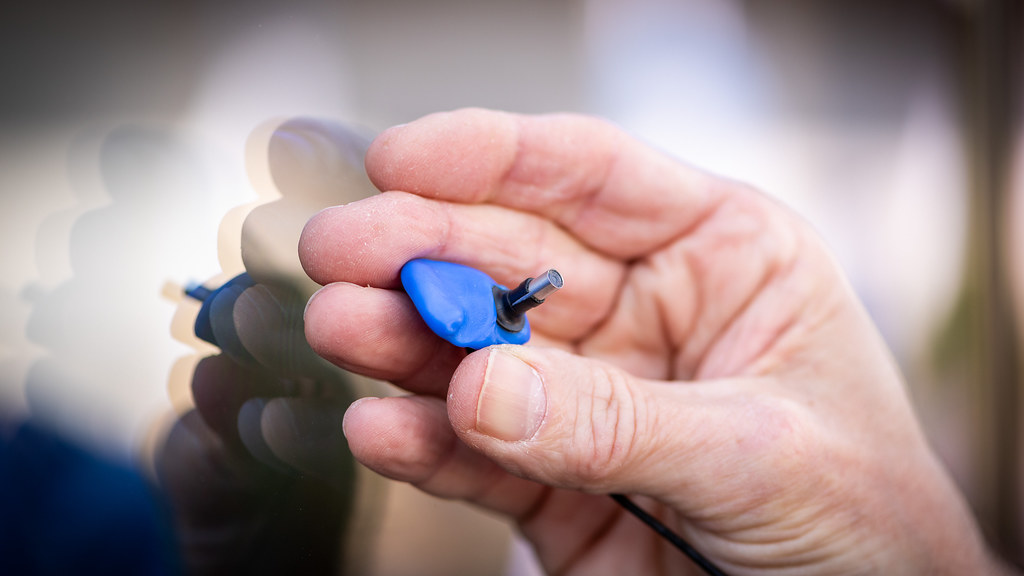 The existing 'Earswitch' prototype, as developed by Dr Gompertz.

Dr Gompertz explains: “When I was a medical student, I witnessed people losing the ability to use keyboards that they relied on to communicate. I have always been aware of the ability to tense a muscle in my ear, and so wondered if it could be used to control these communication devices.

“Years later, after watching a documentary about a talented, non-verbal 13-year-old who had written a book with just his eyes by looking at a physical spelling board, I tried again and successfully discovered how to achieve this.

“Many people won’t have ever noticed this muscle in their ears. But when they are asked to concentrate when they yawn they may notice the muscle makes it more difficult to hear, which may also cause a fullness or rumbling sensation in their ears.

“Our current working prototype is a miniature camera held in a silicone ear-piece. The camera picks up movement of the eardrum when the person intentionally tenses the middle ear muscle. This movement is detected by the computer and controls an on-screen keyboard. The keyboard scans sequentially through rows of letters, then groups of letters, allowing single letters to be selected by a simple ‘ear-click’.”

Dr Gompertz adds that there is a huge potential for Earswitch: “My goal has always been to help people to communicate. However, beyond those with neurological conditions there is potentially a huge application to use this technology in other, future assistive applications – for example answering calls via headphones or pods while on the move.”

Alongside the development of the technology, which drew on expertise in health sciences and electronic and electrical engineering at Bath, the team behind Earswitch also want to understand more about people’s ability to control their tensor tympani muscle, and whether it’s possible to train people to do so.

Currently very little is known about what proportion of the population can voluntarily move this muscle and so the team needs both people with and without neurological conditions to complete a short, 5-minute online survey to help them assess how people could benefit from Earswitch.

One of the lead researchers, Dr Dario Cazzola from the University’s Department for Health adds: “We are delighted to help Nick understand more about how many people can use this tiny hidden muscle in the ear and to learn more about the different ways to train people. With our electronic and electrical engineering experts, we’re also helping Nick further develop how the Earswitch can be attached and, in the future, miniaturised.

“This is a great example of how we can help translate Nick’s blue-sky thinking into a truly innovative project with real-world application. We hope this work can make a significant difference to the lives of many people with neurological conditions in the UK and around the world.” 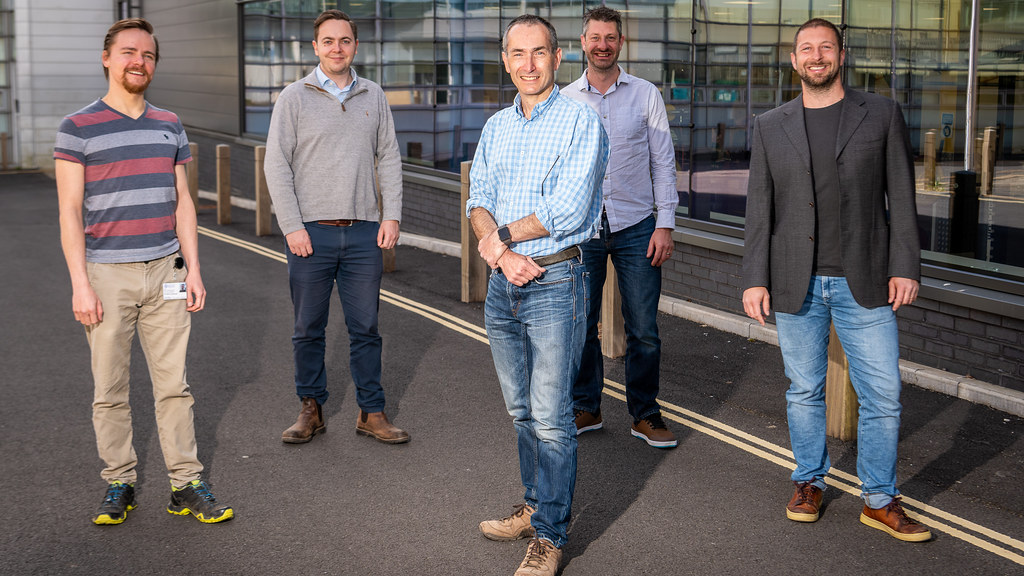 Dr Brian Dickie, Director of Research Development at the MND Association said: "Tremendous advances are being made in developing assistive technologies to improve the lives of people with neurological conditions. Due to the severe paralysis that occurs with MND, new and innovative approaches are needed to allow people to be able to use these technologies.

“It appears that the tensor tympani muscle may remain functional even in advanced stages of MND, so the Earswitch may offer a completely new opportunity to give people with MND greater control over how they communicate, how they can control their environment - ultimately the way they choose to live their lives."

Earswitch Ltd was supported by the University of Bath’s Digital Innovation Business Acceleration Hub and the SETsquared Scale Up programme. This has helped them build a collaborative research team and secure important funding from the National Institute for Health Research to further this work. The team are also seeking further financial support to help further develop the technology.

They hope that development of Earswitch can be scaled up within the next two years.

Find out more about Earswitch