University of Bath researchers are set to find out why tall buildings can harm workers’ mental health and what can be done to improve building design.

A hydraulically-powered moving chamber designed to simulate the effect of working in a tall swaying building is being constructed at the University of Bath.

The VSimulators facility, one of a pair of new test platforms being to be built in Bath and at the University of Exeter, will allow researchers to study the psychological and physiological impacts of working and living in skyscrapers.

As tall buildings become increasingly common in cities in the UK research to date has found that tiredness, low mood, difficulty in concentrating and a lack of motivation can all result from being in a swaying building. Such symptoms can impact negatively on well-being and productivity and so must be understood and considered by building developers, designers and contractors, say the researchers.

The £4.8 million VSimulators project, being developed by Bath, Exeter and the University of Leicester, aims to find out more about how to design them to make their occupants as comfortable and happy as possible.

The new Bath facility will officially open this October.

Dr Antony Darby, Head of Civil Engineering at the University of Bath, said: “Our understanding of living and working in tall buildings is extremely limited and, crucially, the acceptability of these environments depends on the context. So for example, we all expect a train to rock from side to side when it moves, but we don’t expect it of a building.

“One of the things we’ll be looking to investigate is Sopite Syndrome. This is the effect on the body of almost-unnoticeable movement that can cause tiredness – it’s the same response as the one we take advantage of when rocking a baby to sleep. Understanding what kind of movement is acceptable and the level at which negative responses occur will help us inform designers creating the next generation of tall buildings.”

The chamber, situated within the Faculty of Engineering & Design’s Structures Laboratory, will be equipped with motion, climate, sound, air quality and visual controls to allow researchers to measure the human response to being inside a building many storeys above street level.

A selection of highly-detailed 3D virtual reality environments can be projected onto the walls of the chamber, showing test subjects a selection of realistic cityscapes to make the experience as real as possible.

The facilities are being developed with funding from the Engineering and Physical Sciences Research Council (EPSRC).

Specialist contractors including Servotest Testing Systems, Temperature Applied Science and Antycip Simulation are involved in building the University of Bath chamber as well as its design.

The complementary VSimulators facility at the University of Exeter will offer a motion platform with six degrees of freedom and a fully instrumented floor to record pressure and movement in fine detail, as well as motion capture technology and immersive virtual reality capabilities for up to nine occupants. 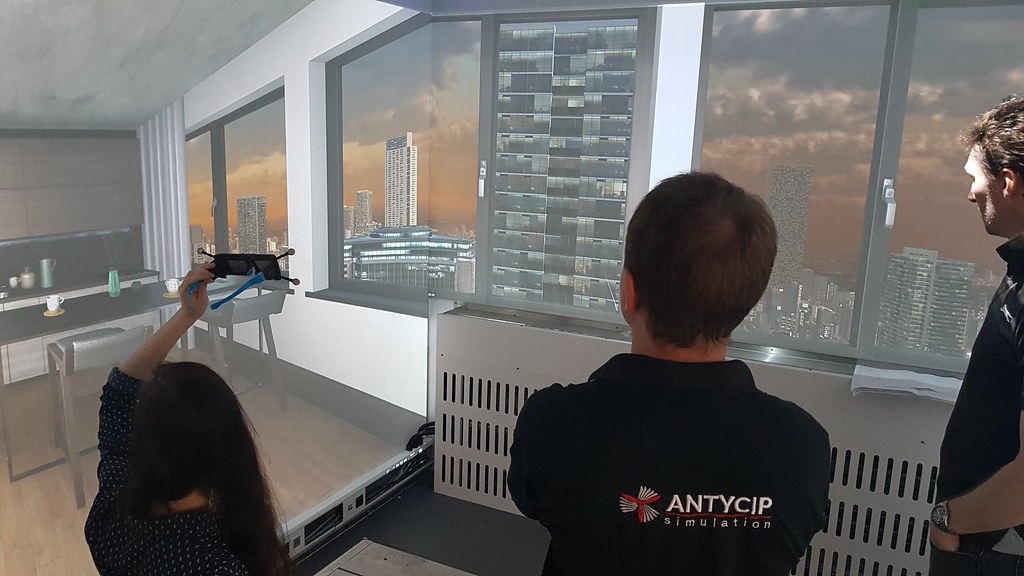 Find out more about the VSimulators project