The new compound that destroys MRSA

A compound that both inhibits the MRSA superbug in lab experiments and renders it more vulnerable to antibiotics has been discovered by scientists at Bath.

A compound that both inhibits the MRSA superbug and renders it more vulnerable to antibiotics has been discovered by scientists at the University of Bath led by Dr Maisem Laabei and Dr Ian Blagbrough.

The compound was tested in-vitro against 10 different antibiotic-resistant strains of S. aureus, including some that are known to be resistant to vancomycin – the final drug of choice given to patients fighting an MRSA infection. The compound was completely successful against all strains, resulting in no further bacterial growth.

The study shows that as well as destroying S. aureus directly, the compound is able to restore the sensitivity of multidrug resistant strains of the bacteria to three important antibiotics (daptomycin, oxacillin and vancomycin). This could mean that antibiotics that have become ineffective through decades of overuse may, in time, reclaim their ability to bring serious infections under control.

“We’re not entirely sure why these synergies occur between the compound and antibiotics, but we’re keen to explore this further,” said Dr Laabei, researcher from the Department of Live Sciences at Bath.

Polyamines are naturally occurring compounds found in most living organisms. Until a decade ago, they were thought to be essential to all life, but scientists now know they are both absent in, and toxic to, S. aureus. Since making this discovery, researchers have been attempting to exploit the pathogen’s unusual vulnerability to polyamines to inhibit bacterial growth.

Now Dr Laabei and his colleagues have found that a modified polyamine (named AHA-1394) is far more effective at destroying antibiotic-resistant strains of S. aureus than even the most active natural polyamine.

Explaining, Dr Laabei said: “Using our novel compound, the pathogen is destroyed – meaning growth is inhibited – when it’s used at a concentration that’s over 128 times lower than that required to destroy the pathogen when we use a natural polyamine.

“This is important, as drugs that have the lowest minimum inhibitory concentration are likely to be more effective antimicrobial agents, and to be safer to the patient.” 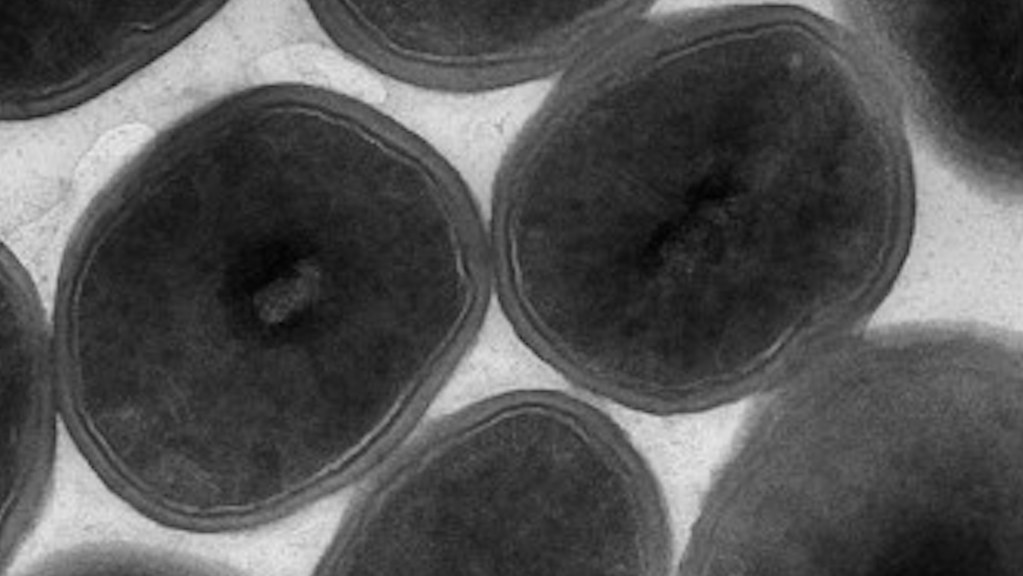 Though further research is needed, Dr Laabei believes the new compound “could have important implications in a clinical setting as a new treatment option.”

The compound was also tested against biofilm – the thin, hard-to-treat layer of microorganisms that grows on hard surfaces (seen, for instance, as plaque on teeth or a stubborn film on urinary catheters) and can result in serious infection. The results were promising here too, with the compound preventing the formation of new biofilm, though not disrupting established biofilm.

Antibiotic resistance (or antimicrobial resistance – AMR) poses a major threat to human health around the world, and S. aureus has become one of the most notorious multidrug-resistant pathogens.

A recent study looking back at the health effects of AMR in 2019 finds the pathogen was associated with one-million deaths worldwide, as a result of infections not responding to antibiotics.

S. aureus is found in 30% of the population, living in people’s nasal passages and on the skin, and mostly it does not cause infection. Until quite recently, an MRSA infection was regarded as a hospital problem, and those affected were mostly people with an already compromised immune system. Over the past 20 years, however, for complex and only partially understood reasons, there has been an upswing in community-wide infections even among otherwise healthy individuals, bringing a sense of urgency to the quest to find fresh ways to tackle the problem.

“Antibacterial activity of novel linear polyamines against Staphylococcus aureus” is published in Frontiers in Microbiology.

Funding for this research came from the GW4 Generator Award (GW4-GF2-015).