Worm lizards dispersed by 'rafting' over oceans, not continental drift

The six families of worm lizards are found in five different continents, puzzling biologists as to how these creatures became so widespread.

New evidence uncovered by scientists at the Universities of Bath, Bristol, Yale University and George Washington University has found these creatures became widespread long after the breakup of the continents, leading them to conclude that they must have dispersed by rafting across oceans soon after the extinction of the dinosaurs, rather than by continental drift as previously thought.

The team used information from fossils and DNA from living species to create a molecular clock to give a more accurate timescale of when the different species split apart from each other.

They found that the worm lizards evolved rapidly and expanded to occupy new habitats around 65 million years ago, just after the impact of an asteroid that caused the mass extinction of around 75 per cent of living things on Earth, including the dinosaurs.

Since this event occurred after the break-up of the super-continent Pangaea, the researchers conclude that these animals could not have dispersed across the globe using land bridges.

Instead they argue that this evidence supports a theory proposed by Charles Darwin and Alfred Russell Wallace in the 19th Century that creatures crossed from continent to continent crossing land bridges or floating across oceans - in this case being carried across the oceans on floating vegetation.

“It seems highly improbable not only that enough of these creatures could have survived a flood clinging to the roots of a fallen tree and then travelled hundreds of miles across an ocean, but that they were able to thrive and flourish in their new continent.

“But having looked at the data, it is the only explanation for the remarkable diversity and spread of not just worm lizards, but nearly every other living thing as well.

“Once you eliminate the impossible, whatever you’re left with, no matter how improbable, must be the truth.”

The researchers suggest that mass extinction actually helped the survivors of the asteroid hit colonise new places and diversify because there was less competition for food from other species.

Dr Jakob Vinther, from the University of Bristol, said: “The asteroid hit would have killed most of the plants, meaning there was no new food.

“However, scavengers like worm lizards that live off dead and decaying matter were able to survive and thrive. Their tunnels would have acted like bomb shelters, allowing them to withstand the asteroid impact and without any competition for food and space, they flourished.”

Their study, published in the Proceedings of the Royal Society B, describes the earliest definitive fossil evidence of worm lizards, around 100-1000 years after the asteroid hit and long after the break-up of Pangaea. The data suggest that the lizards must have travelled across the oceans at least three times: from North America to Europe, from North America to Africa and from Africa to South America.

The study is an example of the world-leading research from the University of Bath. 85 per cent of our Biological Sciences research was judged as world-leading or internationally excellent in the recent independently-assessed Research Excellence Framework 2014. 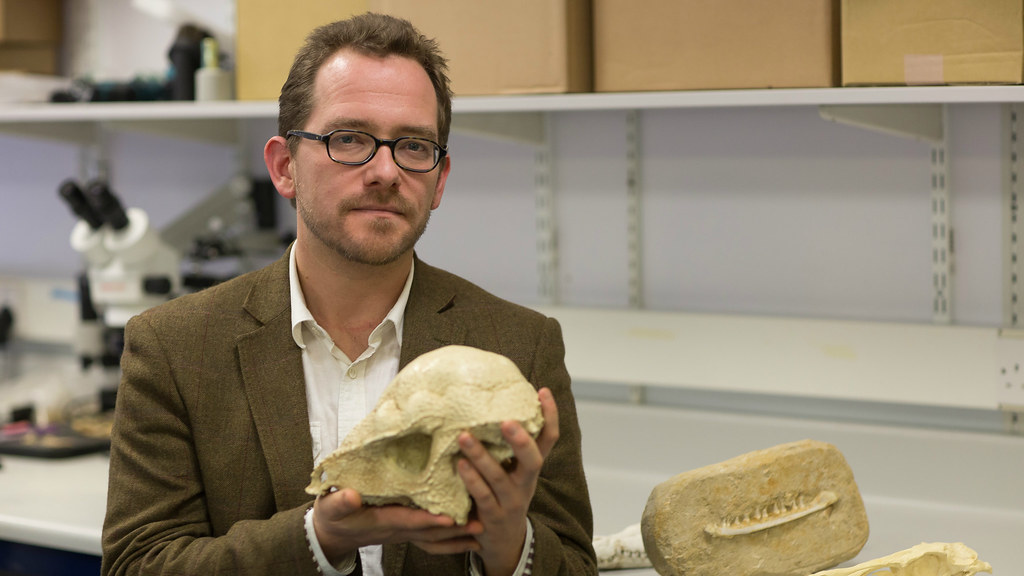