The story of the University

Where we came from and where we are going, from our origins in Bristol to the principles guiding us into the future.

Every spring, we host Founders Day, an event that celebrates our past, present and future. The ceremony reminds us of the principles the University was founded on and continues to practise, like carrying out world-changing research and providing an excellent student experience.

On Founders Day, we remember the arrangement we made in the mid-1960s when the city of Bath provided some of its land for the University campus, but there were plans to build an institution here long before then. In 1839, The Mirror of Literature, Amusement and Instruction published an account of the intended college on Claverton Down. It described the plans for 'a lofty and commanding eminence', which were presented to Queen Victoria, who 'graciously approved of [them] and condescendingly accepted'. 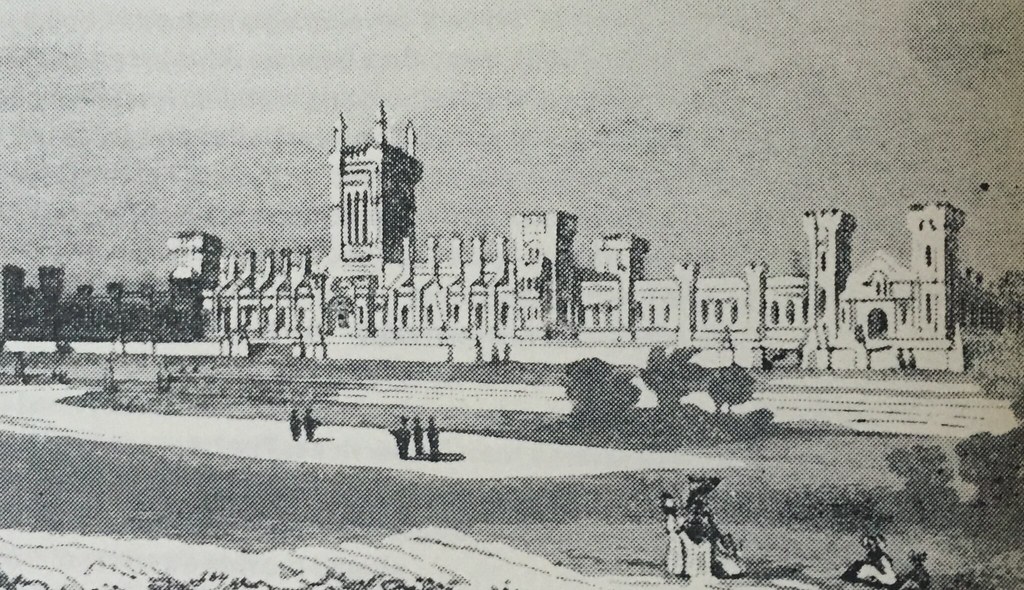 The purpose of the institution was to 'afford a superior literary and scientific education... auxiliary to the Universities of Oxford and Cambridge'. The Victorian plans for the college fell through due to lack of funding, but the area still needed an institution for teaching sciences and technology.

In 1851, the Great Exhibition at the Crystal Palace made people more aware of the quality of scientific and craft education in Europe. In response, the Bristol Trade School, the first part of the institution that would become the University of Bath, was established in 1856. Its aim was to provide industrial training in sciences and technology which, along with humanities and management, make up most of the subject areas we teach and research today.

The prehistory of a university

The College grew through the years, joining with the Bath School of Pharmacy in 1929. The School has since become our Department of Pharmacy and Pharmacology, but its original building is still standing in Bath on the corner of London Road and Cleveland Place.

In 1963, the Committee on Higher Education published what was known as the Robbins Report. It recommended that the College, now called the Bristol College of Science and Technology, should become a university and expand.

During the interval of a school play, the College's Principal, Mr George Moore, had a discussion with Mr H Brand, Director of Education for Bath. It was that chance conversation that brought the idea of a university back to Claverton Down. Within two years, Bristol College of Science and Technology had become the Bath University of Technology and Mr Moore, who had became Dr Moore, its first Vice-Chancellor. 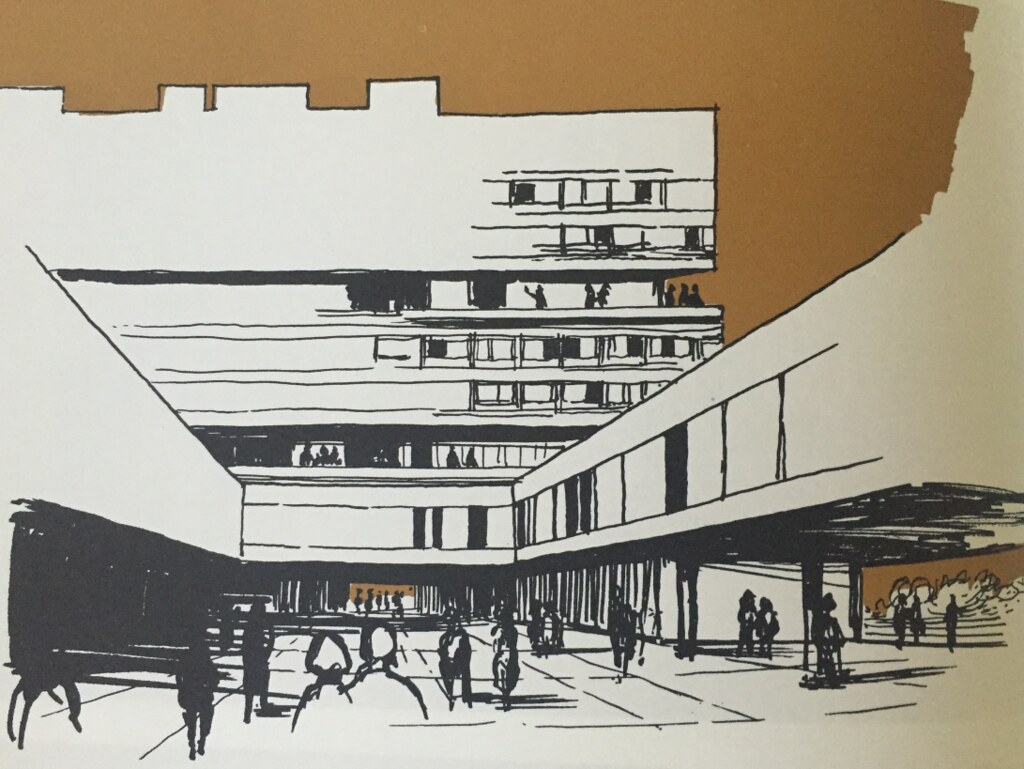 From the beginning, the University was designed to be different, innovative and inclusive, and the campus was built to support this. The Parade was imagined in architects' drawings like a central spine, allowing the University to expand at a natural rate while keeping the character and community of a town centre. 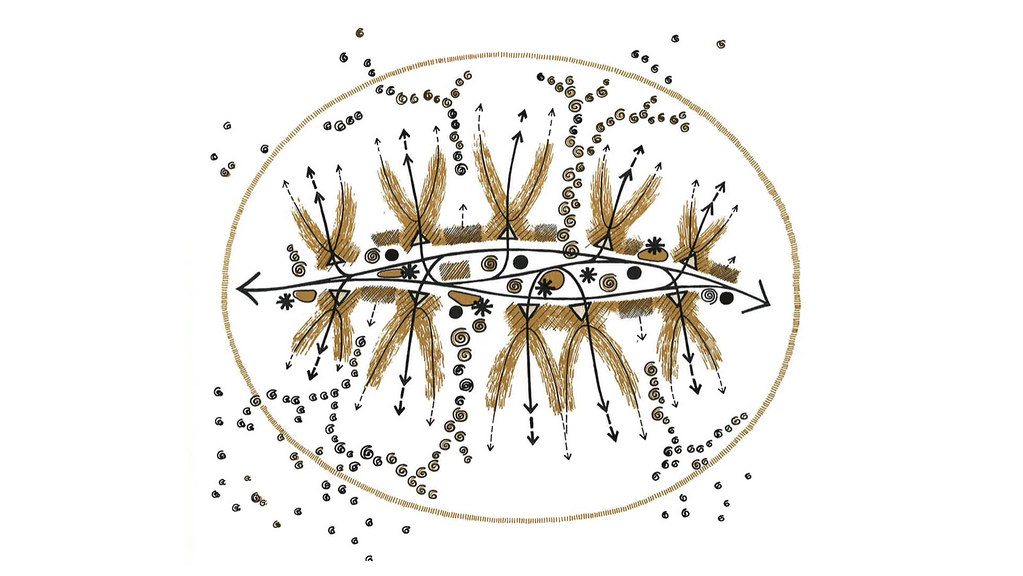 The proposed layout of the campus would encourage 'academic and social life closely linked in a concentrated 'urban' setting... the University conceived as a single varied community' (from The Proposed University of Bath, A Technological University: Development Plan Report Number 1, published 1965 by Bath University Press). 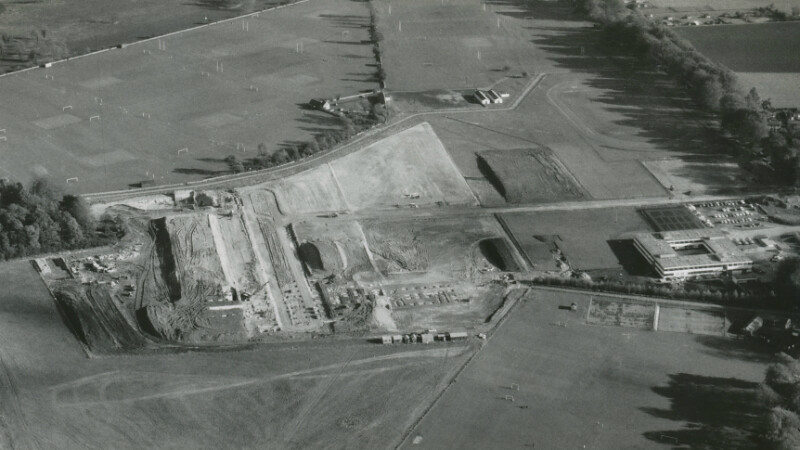 Our Royal Charter was granted in 1966, officially establishing the Bath University of Technology, and our first students and staff began using the campus. Many of them had transferred from Bristol College of Science and Technology. In our first year, there were 1,145 undergraduates, 115 postgraduates and 470 members of staff.

The Charter sets out the principles which have now guided our teaching and research for 50 years. It describes how 'The objects of the University shall be to advance learning and knowledge by teaching and research, particularly in science and technology, and in close association with industry and commerce'.

This 'close association with industry and commerce' has been a constant feature of our teaching and research. Long before most universities were looking for funding from business, we worked closely with companies on joint projects, leading to new technologies and new approaches in research.

Our students have felt the direct benefit of these relationships, and the majority of our courses since 1966 have offered a placement year in industry. Today, our students take placements in over 2,500 public, private and voluntary sector organisations, both in the UK and abroad. Few other universities can match the quality or quantity of our placement opportunities.

Our coat of arms and motto

Our coat of arms was designed for the installation ceremonies of our first Chancellor and Vice-Chancellor in November 1966. It shows a dragon and a unicorn standing either side of a river holding, between them, a blue shield. The dragon refers to the arms of the Society of Merchant Venturers, the unicorn to the arms of the city of Bristol. On the shield are images of the Gorgon's head (now used as our logo and sometimes called the 'Sulis head'), a sword from the city's arms, and a Watt governor, a common component in engines, representing technology and governance. 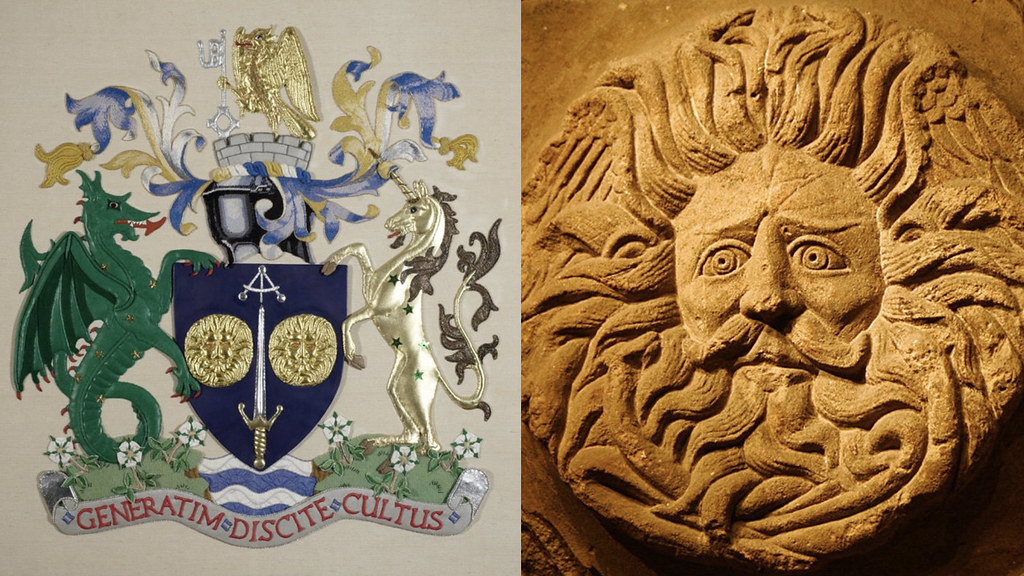 Below the coat of arms, you can see on our motto, generatim discite cultus. This has been translated as 'Learn the culture proper to each after its kind' (H.R. Fairclough, Loeb Classical Library, Harvard University Press, 1916) and 'Learn husbandry specific to each species' (Kimberly Johnson, Penguin Classics, Penguin, 2009).

The motto was taken from Virgil's The Georgics, Book II, line 35, in a section about understanding the nature of an organism to make sure it thrives. In her speech marking our 50th Anniversary, our former President and Vice-Chancellor Professor Dame Glynis Breakwell commented that the motto instructs us to 'achieve an understanding of our world and strive to use our knowledge to ensure a sustainable future'.

Since 1966, we have continued to develop our campus and intellectual impact. We are now ranked as one of the top universities in the country and have become a major contributor to the local and national economies.

In 2004, we launched the SETsquared Partnership with the universities of Bristol, Southampton and Surrey. The partnership helps build new businesses and encourages more effective work with industry. It is the largest collaboration of this kind in the UK, with a combined staff of 6,400 researchers and a research budget of £266 million.

We have continuously invested in new buildings and facilities, like the Sports Training Village (STV), opened by Princess Anne in 2004. The STV has since become one of Europe's best training centres for top-level athletes, hosting a number of international sports teams and Olympic medal winners. 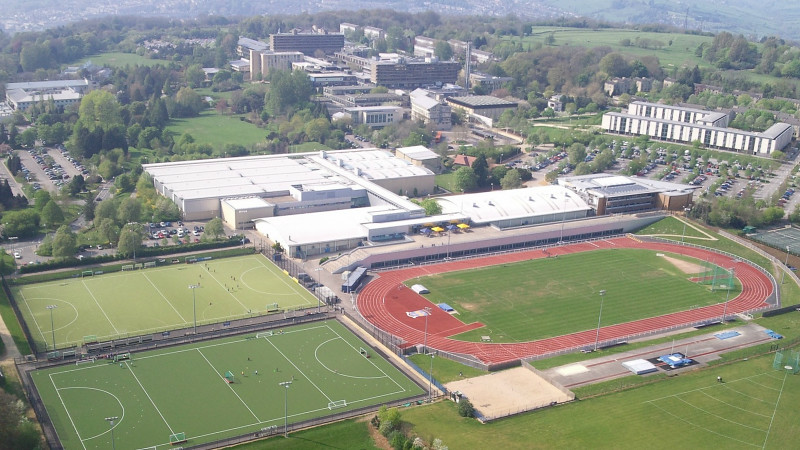 In 2013 we became a founder member of GW4. The alliance of universities shares intellectual and physical resources, taking on national and global challenges and developing graduate opportunities.

In the same year, we were honoured to install our Chancellor, His Royal Highness The Earl of Wessex. The Prince Edward is the ceremonial head of the University and one of our most prominent ambassadors. He awards degrees at graduation ceremonies and plays a key role in the business of the institution, advising on major policies and strategic matters.

Building for the future

Over the last few years, we have continued to build to create a more enriching and fulfilling student experience. In 2014, we opened The Quads, a block of 75 modern flats for students living on campus. In 2015, The Edge opened as a dedicated space for arts, education and events. 10 West opened in 2016, providing space for the expansion of the Department of Psychology and a new home for the Institute for Policy Research. In the same year, we opened The Virgil Building, our student hub and professional services' building in the city centre.

We also celebrated our 50th Anniversary in 2016, giving us an opportunity to reflect on our past and look forward to our future. In keeping with our founding principles and our current strategies, we will continue to deliver world-class research and teaching, extend our international influence, enrich our student experience and invest in new infrastructure.

50 years of the University of Bath

Read about our former chancellors