New study from the Milner Centre for Evolution shows the virus that causes Covid19 mutates almost once a week.

The virus that causes Covid19 mutates almost once a week – significantly higher than the rate estimated previously – according to a new study by scientists from the Universities of Bath and Edinburgh. Their findings indicate that new variants could emerge more quickly than thought previously.

SARS-CoV-2, the virus that causes Covid19, was previously thought to mutate about once every two weeks. However, new research from the Milner Centre for Evolution at the University of Bath and The MRC Human Genetics Unit at Edinburgh University, shows that this estimate overlooked many mutations that happened but were never sequenced.

Viruses regularly mutate, for example when mistakes are made in copying the genomes whilst the virus replicates.

Usually when we consider natural selection, we think about new mutations that have an advantage and so spread, such as the Alpha and Delta variants of Covid19. This is known as Darwinian selection or positive selection.

However, most mutations are harmful to the virus and reduce its chances of surviving – this is called purifying or negative selection. These negative mutations don’t survive in the patient long enough to be sequenced and so are missing from calculations of the mutation rate.

Allowing for these missing mutations, the team estimates that the true mutation rate of the virus is at least 50% higher than previously thought.

The findings, published in Genome Biology and Evolution, reinforce the need to isolate individuals with immune systems that struggle to contain the virus.

Professor Laurence Hurst, of the Milner Centre for Evolution at the University of Bath, said:
“Our findings mean that if a patient suffers Covid19 for more than a few weeks, the virus could evolve which could potentially lead to new variants.

“The Alpha variant is thought to be the result of evolution of the virus within an individual who was unable to clear the infection.

“It’s not all bad news because most individuals transmit and clear the virus before it mutates all that much, meaning that the chance of evolution within one patient isn’t usually that high.

“However, this new estimate of the mutation rate indicates that there is more scope for evolution of the virus within such individuals than we assumed.”

The team could also work out why these mutations were missing.

Professor Hurst said: “With the great number of genomes of SARS-CoV-2 now sequenced we can say something about both how many and why these mutations are missing, despite the fact that we can’t fully study them directly.

“In the Second World War the Americans were losing lots of planes flying over Germany. They wanted to work out where they should add bullet-proof material. They looked to see where the returning planes were damaged, reasoning that the locations without bullet holes in the surviving planes were those most vulnerable - shots to these places caused the plane to crash and hence not be seen in the returning planes.

“We can use the same sort of trick to work out the profile of the missing mutations in SARS-CoV-2: the sequenced genomes are the returning planes. We can work out both the proportion of all planes that return when shot by mutation and why some don’t return.”

Much of the negative selection they found was for predictable reasons: the mutations make the genes shorter or they make the proteins, like the spike, function poorly.

Other mutations, however, were a surprise.

Lead author Dr Atahualpa Castillo Morales said: “The proteins that the virus makes are made up of amino acids. Like our genes, the virus’s genes have the instructions as to which amino acids to glue together and in what order.

“Intriguingly, we found that selection favoured mutations that used amino acids which are more stable, meaning they don’t have to be made so often and it doesn’t cost as much energy to maintain supplies.

“We think we are seeing this because the virus is under strong selective pressure to replicate fast and so using amino acids with a longer shelf-life means you’re less likely to have to wait for supplies.”

The study was funded by the Wellcome Trust and European Research Council. 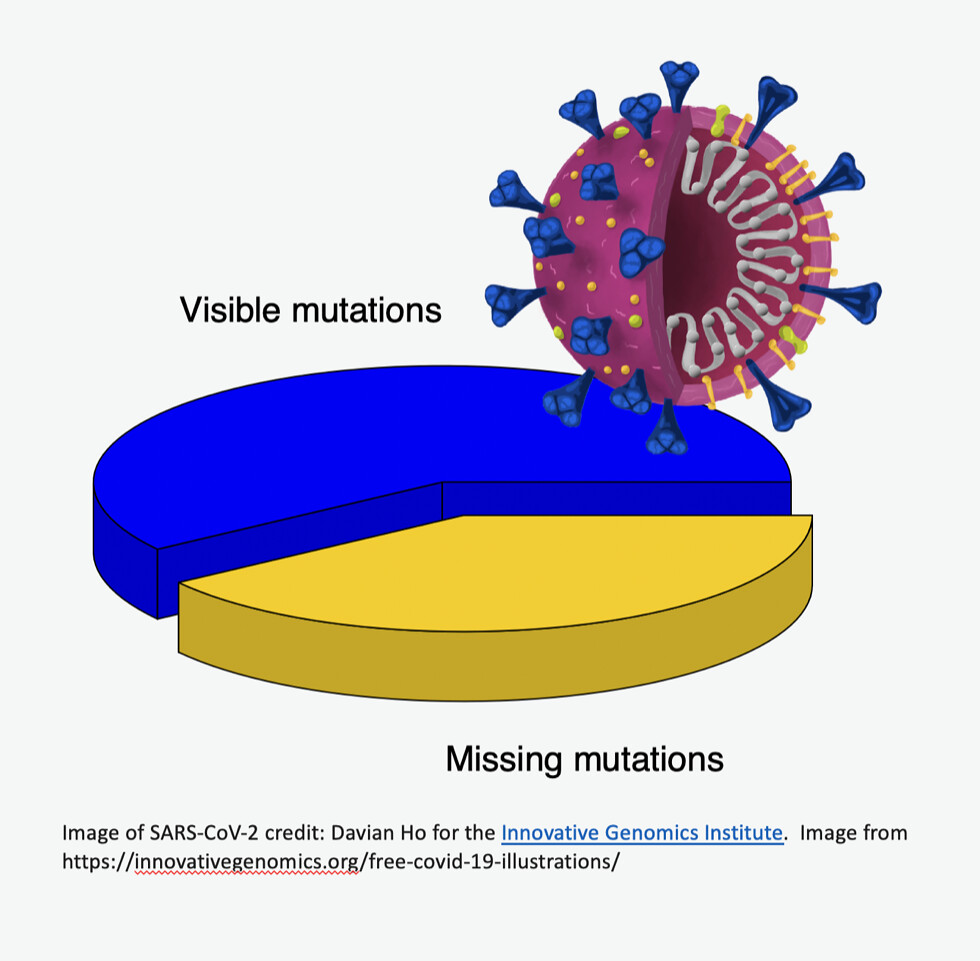 Around 40% of mutations of the SARS-CoV-2 virus reduce the virus’ ability to survive and so are not found in sequencing of samples from patients.