The University of Bath has signed an agreement to join a long-running experiment group based at CERN, the world-leading physics research organisation.

Bath’s Faculty of Engineering & Design has become an affiliate member of the Compact Muon Solenoid (CMS) experiment, which aims to investigate a range of fundamental particle physics questions.

The University’s Vice-Chancellor and President, Professor Ian White FREng, last week led a visit to formally sign the collaboration agreement and meet senior CERN and CMS staff. The six-strong delegation also toured the facility, which is located 100 metres underground at CERN’s Large Hadron Collider complex and crosses the border between Switzerland and France.

During the visit they met Bath graduates working at CERN, as well as two current students on placement within the organisation.

Among the planned collaborations is a PhD project supervised in Bath to investigate parts of the cooling systems that will be needed when the CMS is upgraded in 2024. Second, third and final-year Mechanical Engineering students will also consider improvements to the underground CMS cavern, automated monitoring of the facility and how waste heat can be reused.

The affiliation will also see the creation of additional placement opportunities for Bath students, furthering the University’s links with industry and wider academia.

Lecturer in Mechanical Engineering Dr Alexander Lunt has previously worked at CERN and will co-ordinate the partnership. He said: “We already have students on placement at CERN and several alumni working at the organisation, but this broadening of the relationship will present several exciting new opportunities that we are eager to embrace.

“We are extremely keen to begin working closely with staff at the Compact Muon Solenoid to support them in increasing human understanding of some of the most fundamental physics questions.”

Professor Ian White added: “Working with a world-leading scientific organisation such as CERN will create first-class opportunities for University of Bath students and research staff and reaffirms our place among the UK’s leading engineering institutions.”

The Compact Muon Solenoid is one of the key parts of the Large Hadron Collider. Its work attracted worldwide interest in July 2012, when it confirmed the existence of the previously theorised Higgs Boson elementary particle. 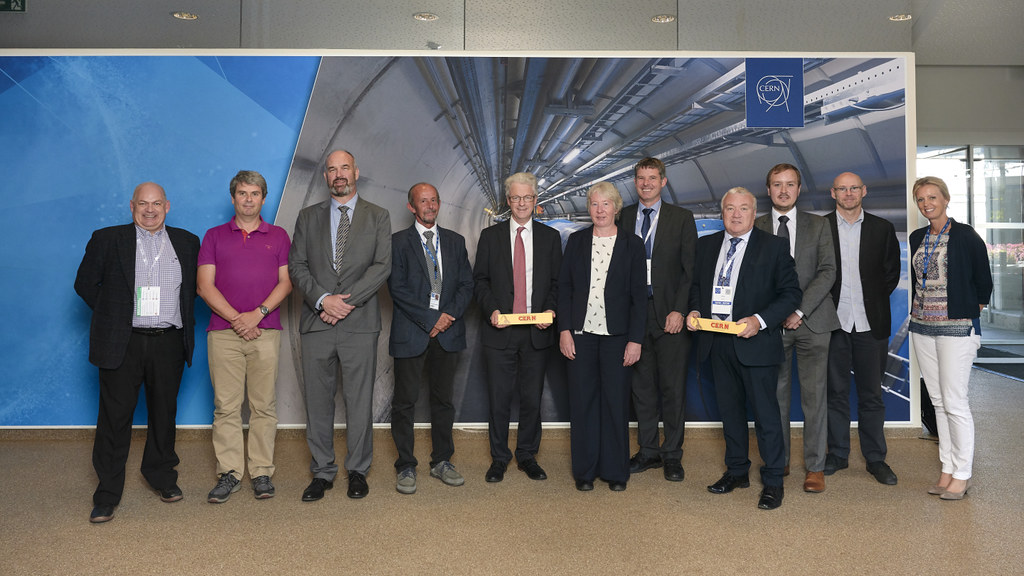 See our Faculty of Engineering & Design