Summary of the July 2022 staff Work and Wellbeing survey results

Take a look at some of the key messages from the staff survey run in July 2022 and our planned next steps.

Thank you to everyone who took part in the seventh Work and Wellbeing survey in July. A total of 1239 people responded, compared to 1107 this time last year. While some of the questions remained the same, to provide longitudinal data, the opportunity was taken to look at some issues regarding the University strategy.

In previous surveys we have used the four standard questions from the Office for National Statistics to assess people’s feelings of wellbeing asking how satisfied they are with their life, how happy they feel, whether the things they do in their life are worthwhile and how anxious they felt the previous day. 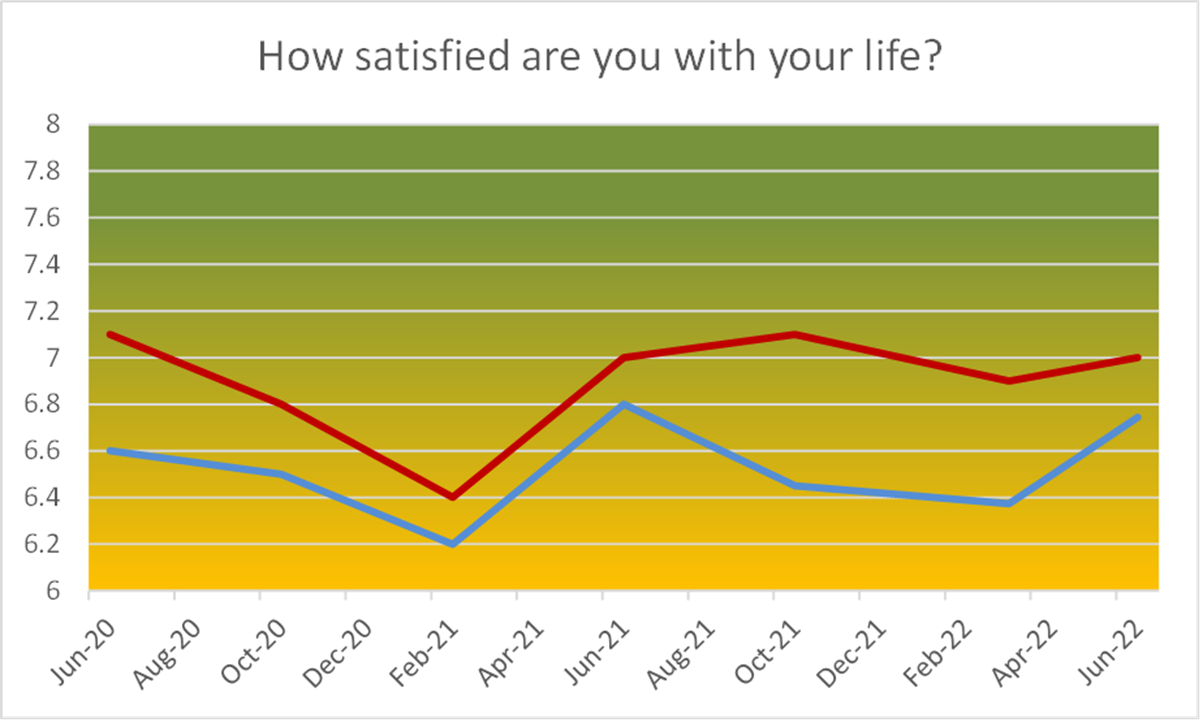 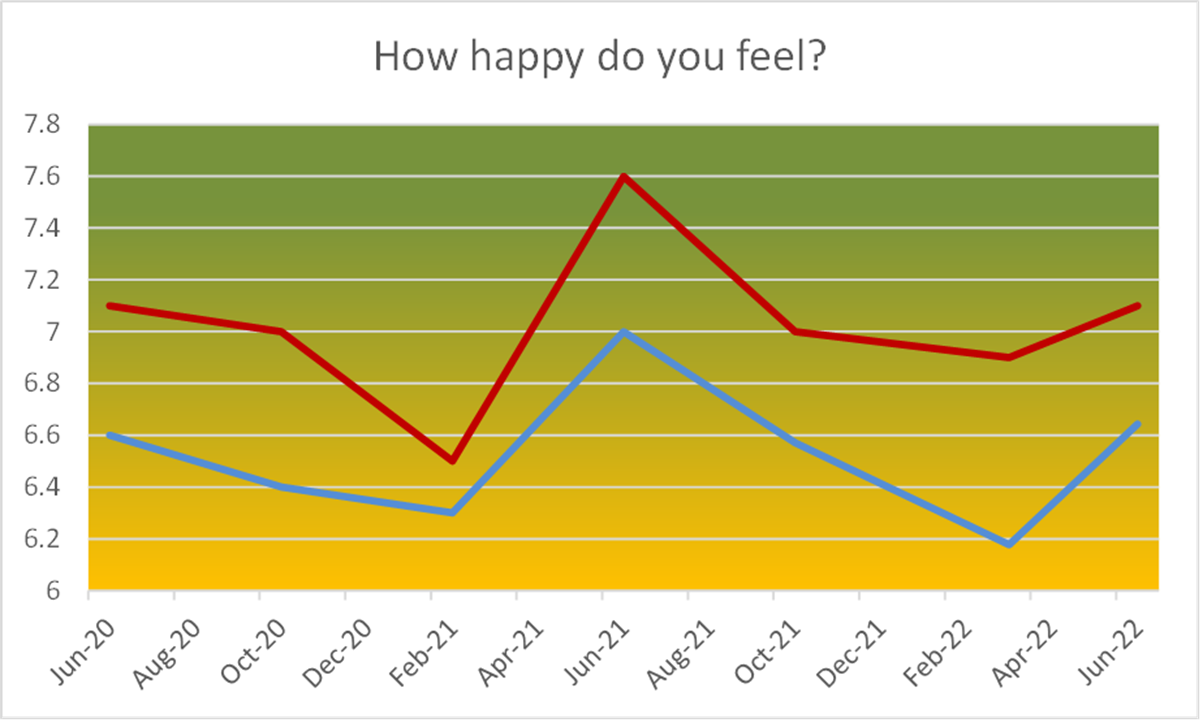 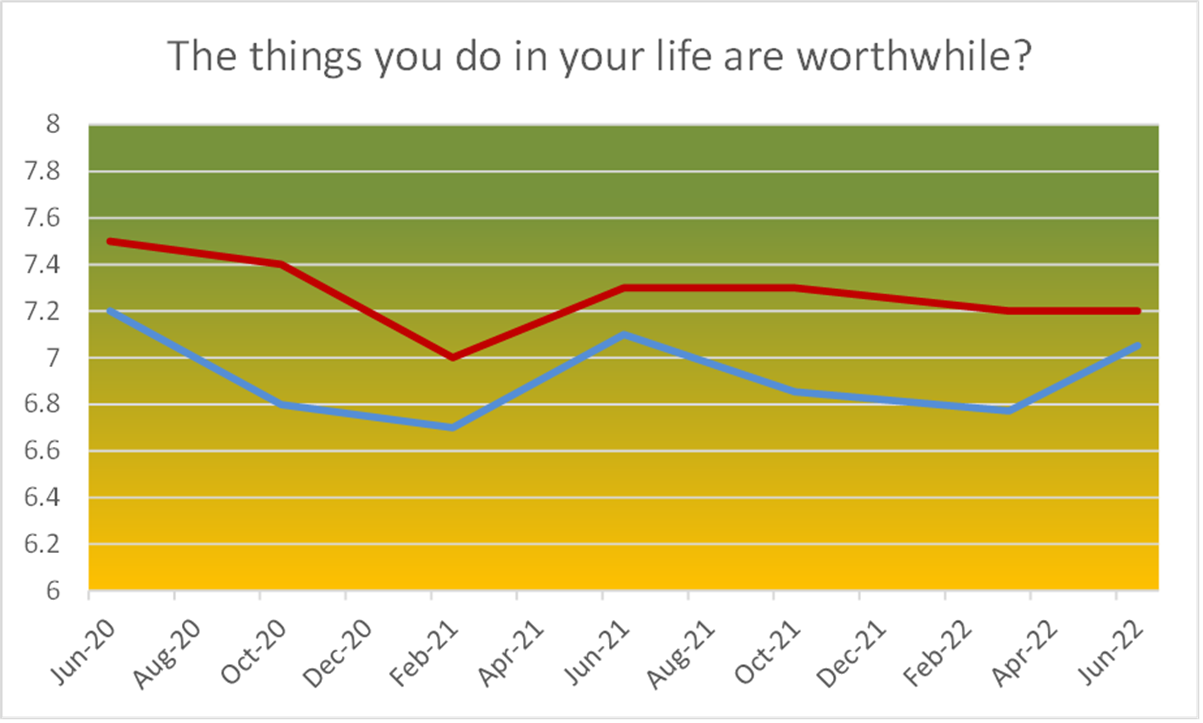 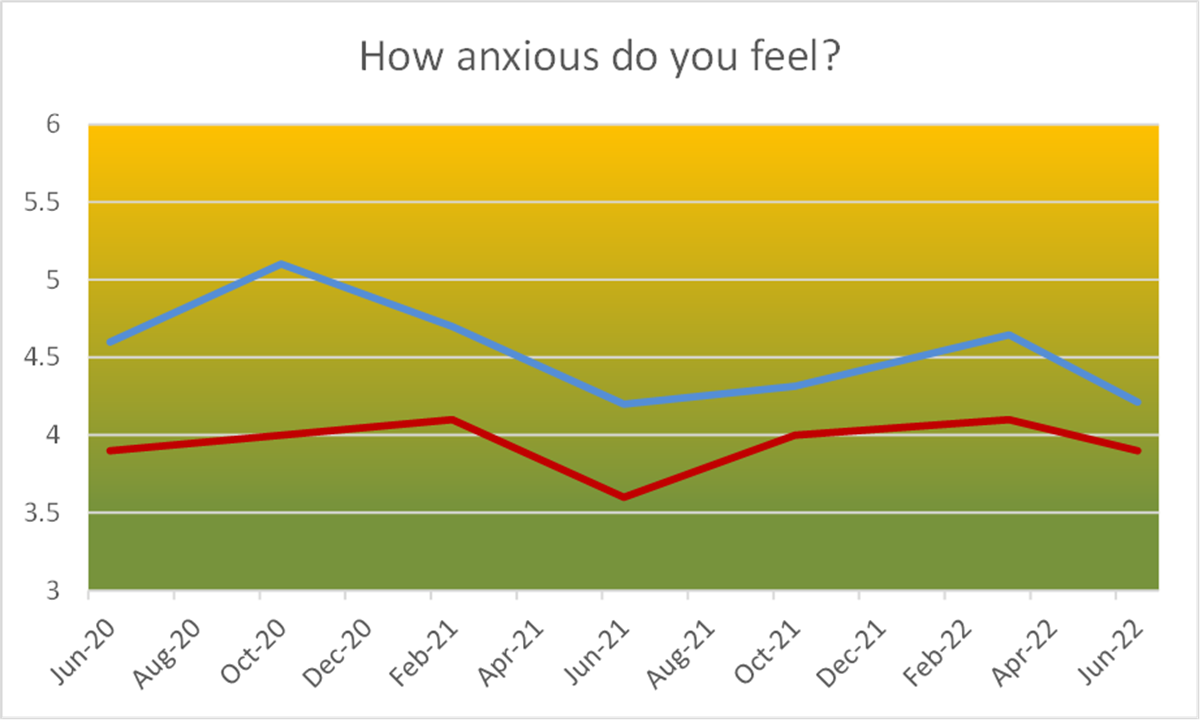 There is a consistent pattern of the University assessments tracking, but slightly below UK reference data. Few Universities have yet adopted the ONS measures, but anecdotal evidence does suggest a pattern where HEI staff do not report as positively as society in general. We are hopeful that, at some point, ONS will offer sector breakdowns to allow further analysis.

We might note that all measures have improved since the last survey. However, there appears to be some seasonality to data when results improve in the Spring/Summer period. If we compare with the UK reference data, the changes in the University are steeper than those nationally, suggesting that satisfaction levels at work are starting to recover.

Feedback on what could be improved at the University gives further insight into the current work concerns of staff. Pay and benefits, workload, bureaucracy and decision- making and social space continue to be issues, with workload in particular linked to wellbeing.

We have also asked some questions more focused on the University shown below:

While not yet returned to previous levels, we are starting to see an improvement in all three measures, consistent with the changes in the ONS wellbeing measures. Anecdotally we have seen some consistency between this and the tendency of more people spending time on campus as part of a hybrid working pattern. Interestingly, staff's satisfaction with work-life balance was significantly higher than in both previous surveys. This contrasts with the qualitative questions where workload was raised as a concern, suggesting that further exploration of this topic is required.

We plan to do a further in-depth survey on the effectiveness of hybrid working later in the academic year. The data shows patterns consistent with previous surveys (split by job family):

We have relied heavily on the relationship between managers and staff to adapt to these new ways of working, and the longitudinal data we have collected from staff continues to show they have the support of their managers in a range of respects: trust, wellbeing, work/life balance, career.

We asked people about the four pillars of the University Strategy. Numerically, we asked them to rate the ambition we have set, but more importantly in this subject area we were interested in people’s comments.

Staff tended to score the delivery of all the four aims positively (over 5 rating). When asked to explain their rating, the overwhelming response was one of ‘don’t know’. So, while there may be a general sense that there is progress with the strategy, staff find it hard to explain what is actually happening perhaps demonstrating a lack of visibility of and connection to the organisation overall direction.

Through the free text comments, the survey explored what staff most valued about working at the University and what could be improved.

People and place scored highly in terms of the positives of working here:

There is a coherent and well-articulated positive view of working at Bath; this needs to be captured, protected and celebrated. The data will be used as part of recruitment activity and to inform employer brand and employee experience.

Equally, there are areas which continue to trouble staff. While social space does not fall in the ‘top 3’ it regularly is identified as a concern and requires attention, particularly in light of its association with building a sense of community.  Future surveys will be used to explore in-depth the areas for improvement identified by staff. Communications will be provided on the refurbishment of the Wessex House Restaurant including details of what it will offer and when this will be available.

The next survey is planned for November 2022.

If you would like the graphs presented on this page in a more accessible format please contact comms@bath.ac.uk.

Find out more about the Work and Wellbeing survey