A temporary exhibition pavilion for Weymouth

The 2017 Basil Spence winning design made use of an innovative new material to encourage a culture change away from single-use plastics.

The annual Basil Spence project is our flagship design competition for final-year architecture and civil engineering students. Working in interdisciplinary teams of five or six, students spend an intensive eight-week period between October and November exploring the relationship between structure, environment, architecture and building construction.

From the fabric of the building to its surrounding landscape, Bioneer celebrates the potential of bioplastics. This innovative material, derived from renewable sources, is both more environmentally friendly than traditional plastics in its production and can also completely biodegrade.

Bioneer features two parallel buildings. The first contains three exhibition pods that take visitors on an educational journey from damaging, non-degradable plastics to plant-based alternatives. The second building houses a manufacturing centre where the public can watch the process of making a seaside bucket from flax fibres and hear educational lectures on the mezzanine above. A marketplace and cafe offering plant-based food and merchandise connect the buildings on a central plaza. Instead of paying an admissions fee to enter the pavilion, visitors must bring a piece of plastic to contribute to a recycling barge.

Rows of flax tunnels and potato planters surround the pavilion and provide the source for the bioplastic that makes up the building. The structure is modulated with a repeating undulating roof and plastic connections. The façade's cladding mixes elements of transparency with opaqueness and translucency.

The whole concept centres on the themes of transition and change, and is reflected in the temporary nature of the pavilion and the culture shift it aims to encourage. After 15 years, the pavilion will be demounted from its foundations, dismantled, and taken to a composting centre to grow new plants to produce more bioplastics.

The brief: the art and consequence of making

The Basil Spence competition brief changes each year. But it is always based on a real scenario and focuses on sustainability. The aim behind the 2017 brief, Techne, was to promote a new passion for craft and manufacture among the general public through a demountable exhibition pavilion that could travel around the UK. The five key points were to:

The remit also included various internal spaces, site parking, planning constraints and how the site would be constructed. From these initial pointers, the student teams were encouraged to develop their own individual interpretation. Group 2 decided to focus their scheme on the environmental consequences of manufacturing and to make their structure 100% biodegradable to fulfil the temporary element of the brief.

The 2017 competition started with two lectures on William Morris and the craft of 'making'. Then the students were divided into their groups for team-building exercises. This is an important moment of every year's competition as successful design solutions nearly always depend on a team's ability to collaborate and integrate their skills.

On day two of the project, the 31 student teams headed to Weymouth to scope out the site for the proposed pavilion. This helped the students to appreciate the real setting of their project from the outset and get a feel for the accessibility of the site, retail environment, natural light and shadow, and the vernacular architecture of the surrounding area.

The proposed site for the pavilion was the 400-metre-long manmade Weymouth Ferry Peninsula. The area features a disused ferry service and abandoned railway station, a 1960s Pavilion Theatre and Jurassic Skyline viewing tower. The teams' designs had to complement the grand Georgian Esplanade (a wide walkway) and adjacent grade 2* listed Victorian Nothe Fort.

It was over a lunch of fish and chips that group 2 came up with their concept. Looking at the number of plastic bottles in the ocean, they decided they wanted to design something that encouraged a culture change away from single-use plastics to biodegradable alternatives.

Sustainability is something that is particularly close to my heart. I really wanted this to form the basis of the entire scheme, something that could unify the architectural and structural strategies. —Kate Baker-Munton

Each team was given a studio space to develop their concept through tutorials and critique (crit) sessions over the following eight weeks. To begin the design conversation, the groups had to submit an initial A3 sketch at the end of the first week. Everyone contributed to the piece so that the teams got used to rapidly generating thoughts and working through approaches on paper. It also established the idea that everyone within the group takes on the role of designer and collaborates on all aspects of the concept. The teams documented their design process each week using group Instagram accounts.

It was interesting to see how quickly a design can progress and become enriched when ideas and thoughts are pooled between the group. As I am someone who is particularly critical of my own designs, it has been a relief to have the support and motivation of my teammates. —Jessica Moss

Having already decided on their theme during their trip to Weymouth, group 2 began by researching existing examples of plastic architecture and typology, as well as new sustainable production processes and materials. The group drew inspiration from the:

Developing the concept through collaboration and critique

Every year, the Department invites visiting tutors from industry into the studios to run weekly tutorial sessions with each group. Group 2 met with around ten tutors with backgrounds in architecture, engineering, landscaping, environmental engineering and tectonics. They showed the group previous examples of buildings with similar concepts and issues. And they encouraged the team to develop their scheme further by rationalising the design.

At the project's halfway stage, the groups presented their draft plans at an interim crit where they defended their work to an audience of peers, academics and industry representatives. This was the testing ground from which they would finalise their ideas in anticipation of the final crit four weeks later.

Each team had 30 minutes to set up their presentation covering basic plans, sections, elevations and a model. Their audience were tasked to ask questions, highlight flaws and encourage the teams to push the boundaries of their design work further.

Overall, the interim review was positive. It was suggested that because our concept is inherently about the ocean, that we should do more to connect with the sea surrounding the site. The metaphor of weaving the landscape, building and sea together was something we took on board and used to develop our scheme. —Christopher Jelley

Following the interim crit, group 2 decided to extend their structure over the water and along the pier. This allowed better access for the recycling barge while maintaining the strong relationship between the structure and the sea. They experimented with different ideas for their structure's exoskeleton and ways to integrate openings. They also talked through the different size options for the building's sections and pods.

As the end of the project approached, the teams focused their concentration on how best to communicate their final concepts. This not only involved how they explain their schemes, but also how they present these ideas through drawings, images, diagrams and physical models to their audience. Alongside this, the civil engineering students submitted their final report.

Group 2 presented their final concept to a panel of three critics: an architect, a structural engineer and an environmental engineer. They talked through every aspect of the building, including the initial concept, the choice of materials, their proposals for the landscape, the building's appearance, and how it works structurally and environmentally. After their 15-minute presentation, the critics asked a series of more detailed questions about the scheme, including the fire escape strategy, the structural system and the scale of the building.

The Basil Spence competition assesses the final design solution on originality, innovation, and the integration of environmental strategy with structural concept. These criteria are voted on by the panels of critics.

As the winning team, group 2 was presented with a bottle of champagne. But for architecture students, Christopher, Jessica and Joseph the project was not over yet. They also had to submit an extensive report covering all aspects of their scheme - from flood risk assessments to temperature regulation - and reflect on how they might have developed the project further with more time. 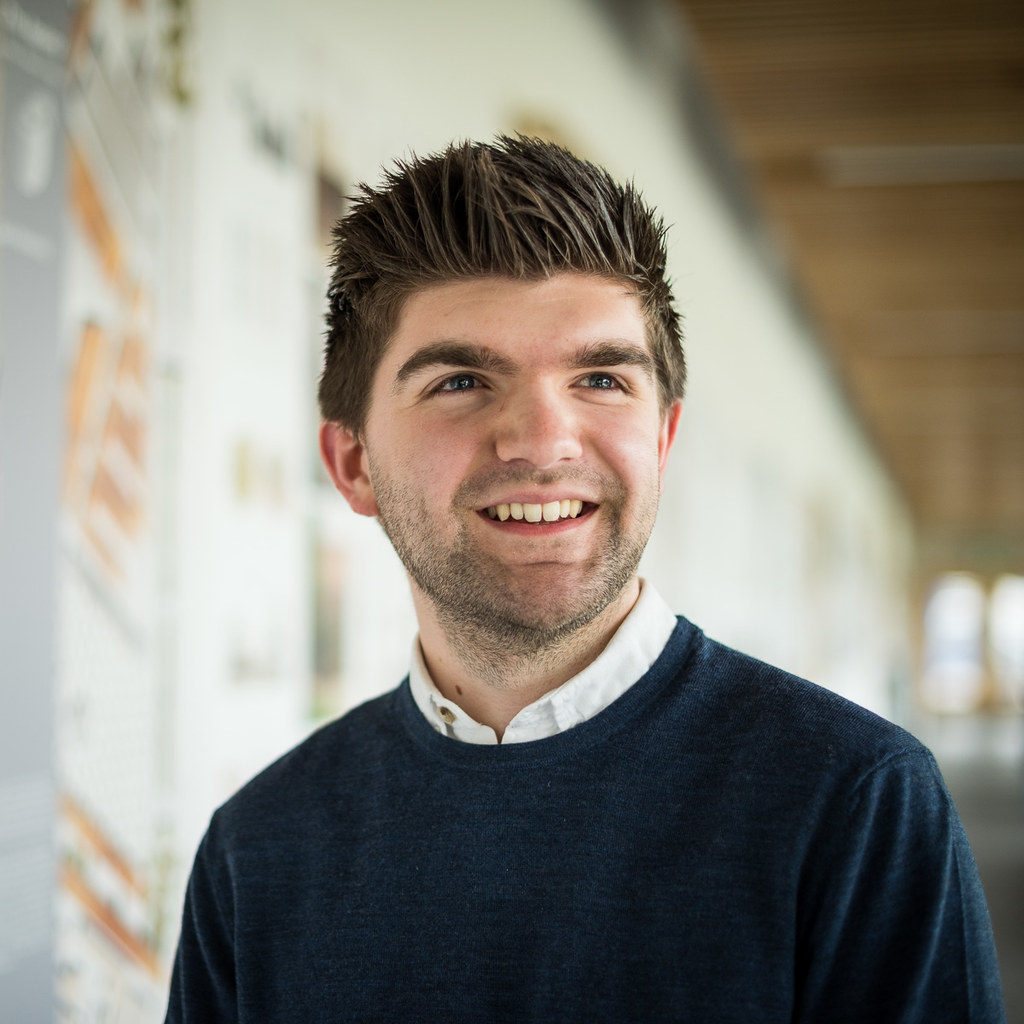 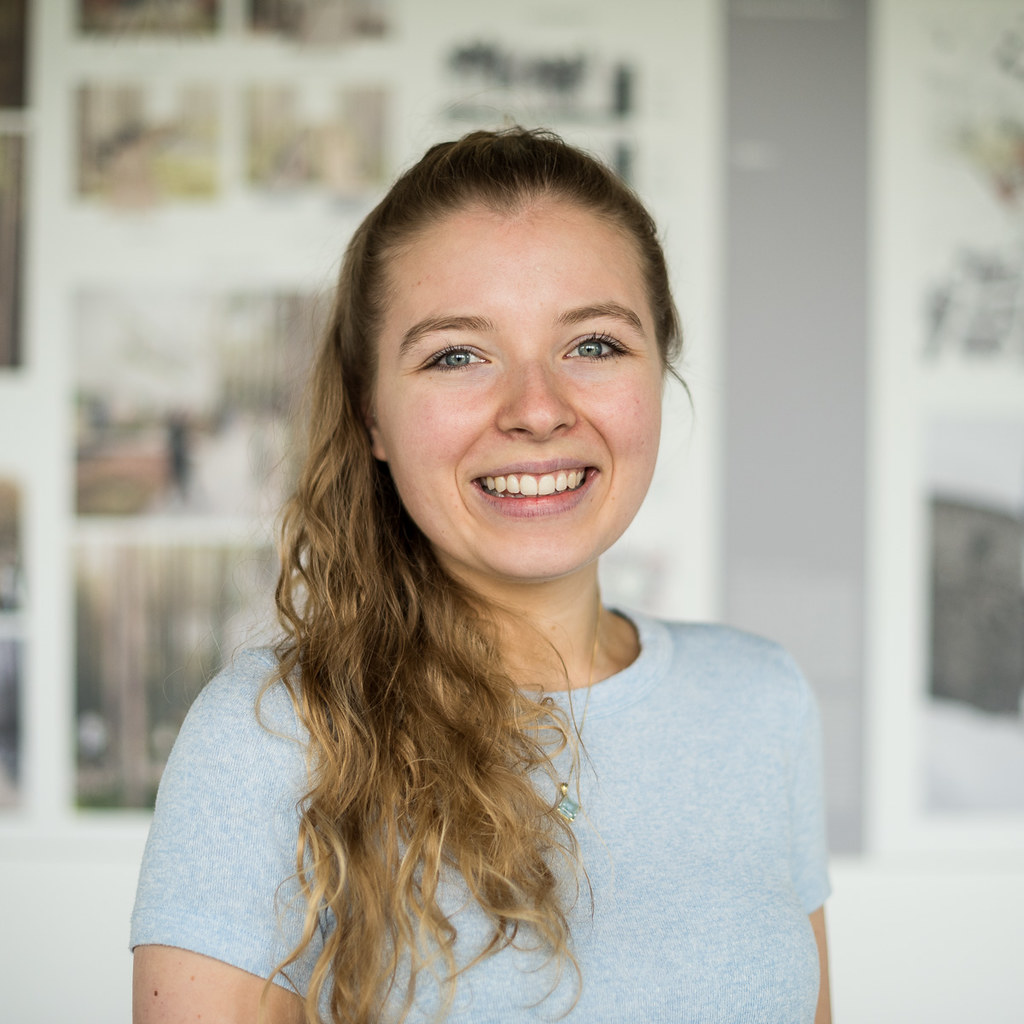 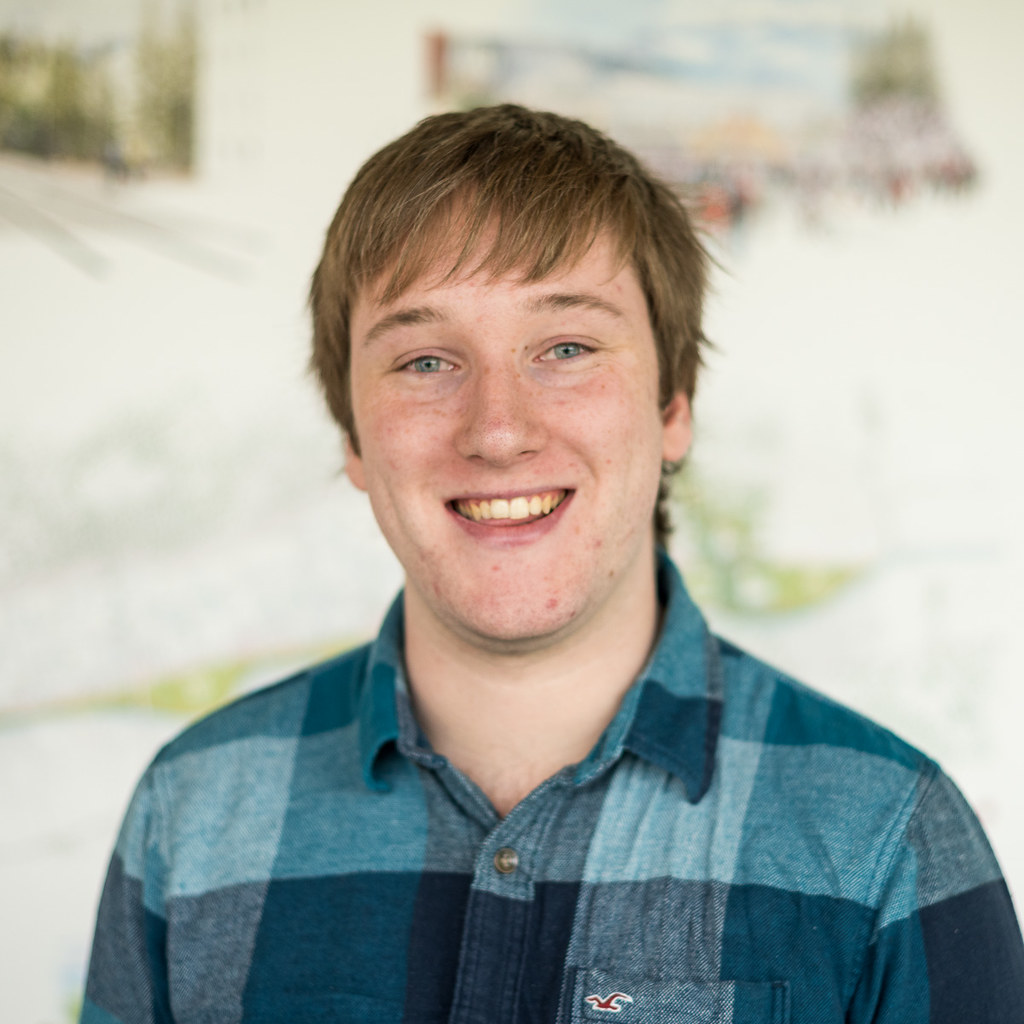 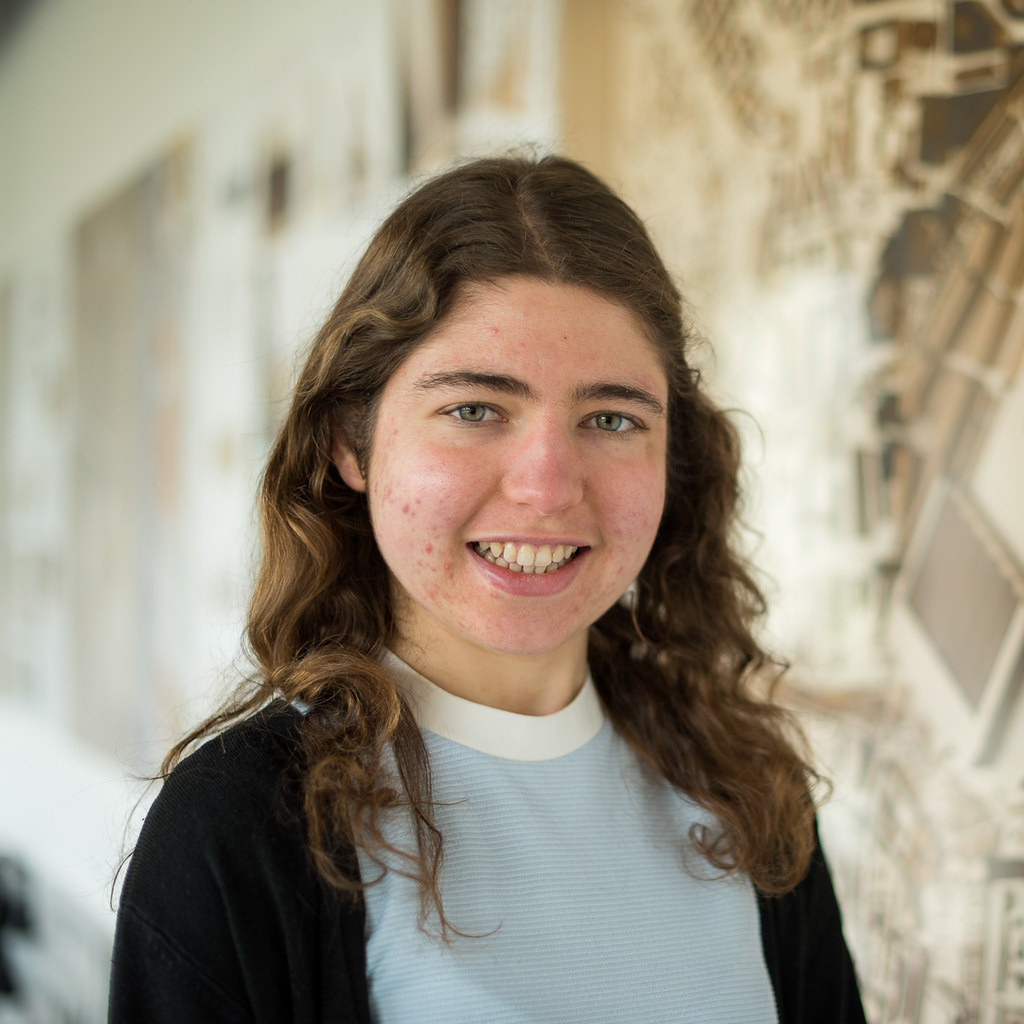 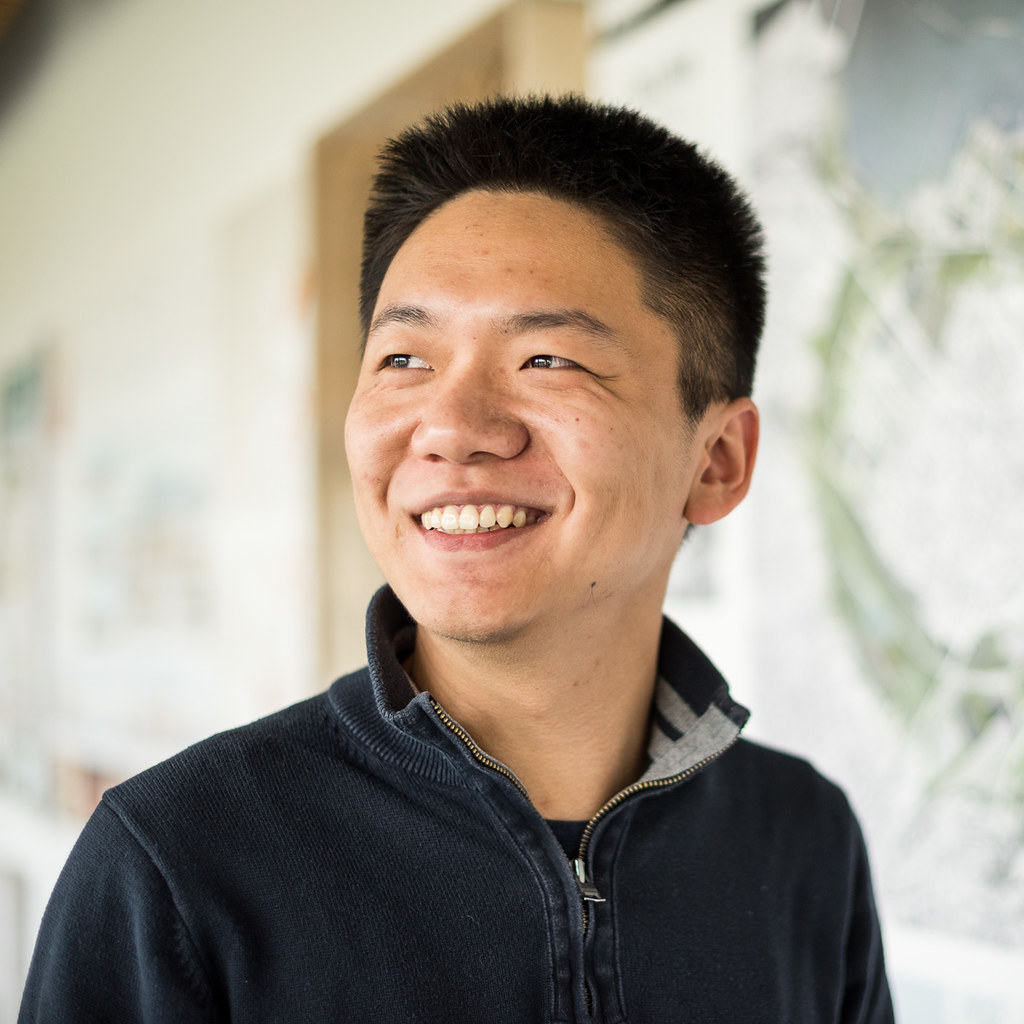 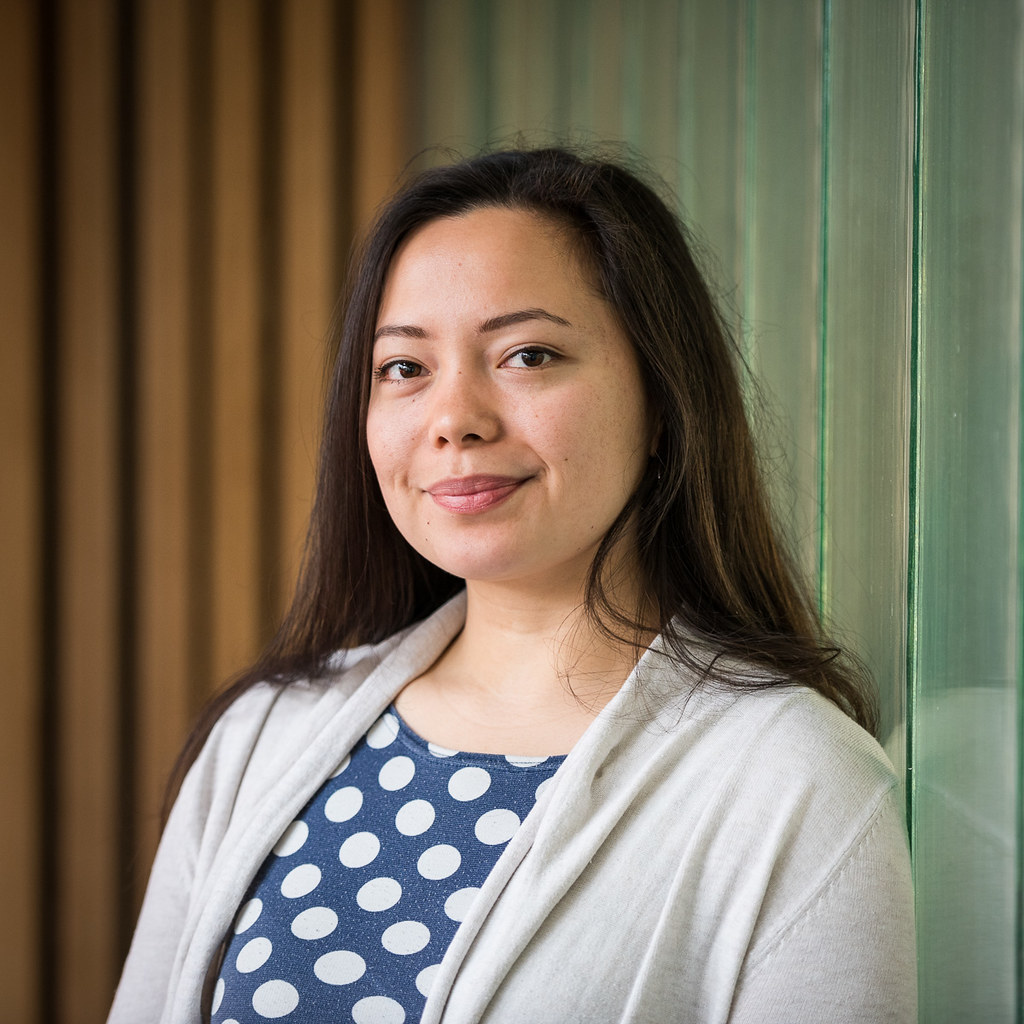 From Oxford station to Waterloo station. After working on our flagship design project, the Basil Spence competition, Gemma Andrews is ready to begin her career.

Project work is core to our architecture and civil engineering courses