Curriculum in Context: Chemistry - Use of Radical Reactions

Find out about how Chemistry A level content is used in Anna's research.

My name is Anna and I’m conducting my PhD research in the area synthetic organic chemistry. More specifically, I am attempting to find new ways of forming carbon-carbon bonds for applications such as drug design and synthesis. Many current bond forming reactions are unsuitable for molecules containing functional groups such as amines and alcohols, as side reactions can occur unless these groups are chemically ‘protected’.

By using a type of chemistry called ‘Photochemistry’, I can use visible light to allow reactions to occur under mild conditions. A small amount of a dye added to my reactions acts as a catalyst, the dye absorbs the light causing it to become ‘excited’. The dye can then transfer electrons to, or from, the reagents in the reaction (oxidation/reduction). Whether the dye removes an electron from a reagent (oxidation of the reagent molecule) or donates an electron to the reagent (reduction of the reagent molecule) depends on the oxidation potentials of the catalyst and reagent (a little like an electrode).

After transferring an electron, the reagent molecule becomes a ‘radical’ which can react with another molecule in the reaction to form a new bond. In order to monitor whether or not my reactions work as predicted, I make use of a number of analytical techniques. In a typical day, I will run 20 NMRs and several mass spectrometry analyses! They are great methods for identifying the molecules I have made, even when they aren’t the ones we originally predicted! 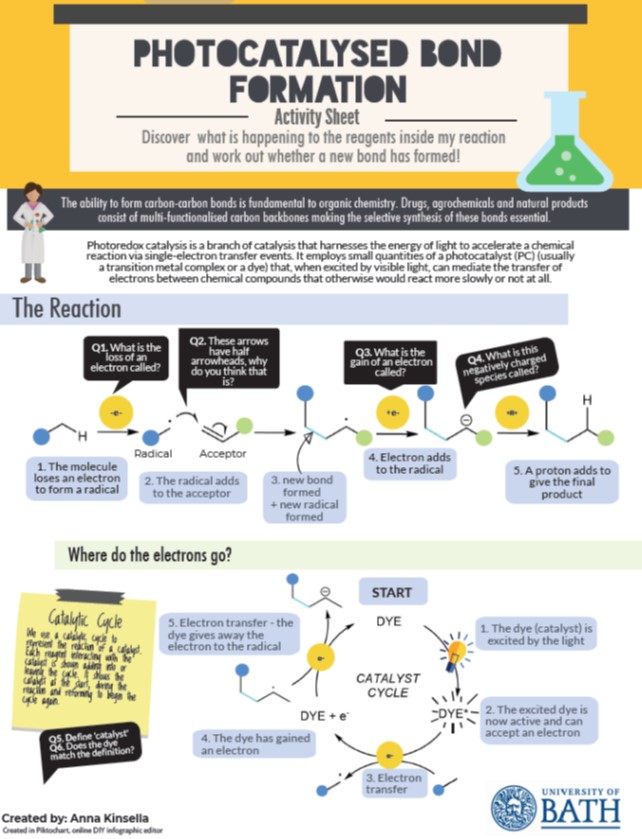 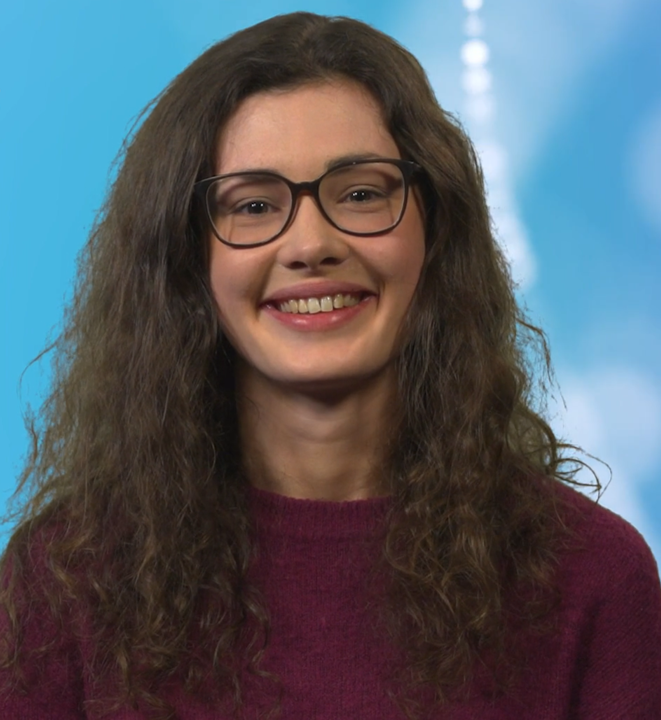