Symbolic cues for cures: how scientists search for research antibodies

Important information - this event has been cancelled

Why do decision makers use ranking as a heuristic? To address this question, Dr Kolympiris introduced experimental variation in the ranking to separate its symbolic from its informational value. This was done in the context of scientists searching for antibodies, tools that shape the validity and reproducibility of scientific experiments that develop cures for diseases. Based on click stream data from a leading antibody search engine Dr Kolympiris uncovered causal evidence consistent with biases in the way scientists search when the stakes are high for their research. Scientists are more likely to click on higher ranked search results even when they are ranked randomly. The estimates reveal that the informational value of ranking explains less than half of scientists’ search behavior.

Christos is Associate Professor in Innovation and Entrepreneurship at Warwick Business School (WBS). Funded by the Kauffman Foundation, he received his PhD in Applied Economics at the University of Missouri - Columbia in 2010. Before joining WBS he was at the faculty at the School of Management. 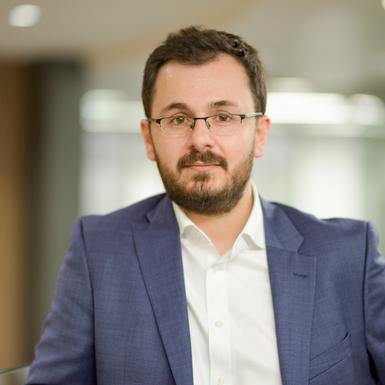